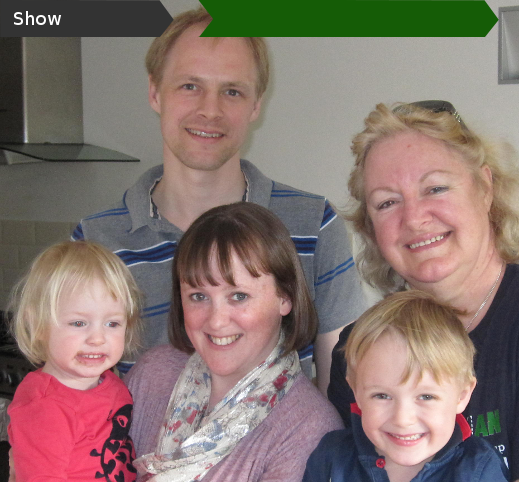 What is it like to grow up vegan in a non-vegan world? We hear three stories of vegan childhood:

In the 1970s, the BBC’s Community Programmes Unit helped different groups produce episodes of Open Door to present their perspective. In 1976,  The Vegan Society presented”To a Brighter Future for All Life” (BFI listing) featuring stalwarts like Kathleen Jannaway and Eva Batt who were involved in the first years of the organised vegan movement.

This 1976  issue of The Vegan describes the Open Door show and the large response to it. Also featured is an article by Rosemary’s parents titled “Veganism can be cheaper too”. In an age without video recorders or YouTube uploads, it offered a blow-by-blow account of the show. Here is Rosemary’s appearance:

The Bland Family – Jenny, Harold, and baby Rosemary – were shown under the hazels in the garden. They told of the healthy diet they had been following for ten years and which they found helped them to enjoy all kinds of outdoor activities – cycling, camping, canoeing, walking, as well as carrying on their working live.

Harold explained with the help of charts that the vegan diet is very economical in terms of land usage; wheat yielding  ten times as much protein per acre as beef and three times as much milk (allowing for the biological factor). He maintained that Britain could become self sufficient in food and that, over 40% of the world’s grain harvest was being wasted by being fed to animals. Jenny maintained that they found the diet very interesting as well as cheaper and easier to prepare.

Activist Kim Stallwood credits Open Door with convincing him to go vegan. Portland blogger @lovemotionstory says she’s “kind of in love with this vintage, BBC series”. These reactions follow someone posting Open Door: To a Brighter Future for All Life in full on YouTube. Rosemary is at the start of part 2.

Elishama was born in the African Hebrew Israelite community in Dimona, Israel. Their plant based diet is part of a wider belief system about recovering the lifestyle (and lifespans) of Eden; it includes wool, silk, and honey.  Founder Ben Ammi cites Genesis and says that because man was created from dirt, dirt can bring forth all we need to be healthy [Video].

They run the chain of Soul Vegetarian restaurants; the AV Club interviewed Yohanna Brown, co-founder of one of the first.

If you’ve come here looking for nutrition information, you might want to go instead to:

Thanks to all contributors, not just Rosemary, Elishama, and Andrew but also Mair, Daniel, and Hedi, who we didn’t have time to feature. Thanks also to the people who helped put us in touch: Brian Jacobs, Harold Bland, Elishama’s aunt Danielle, and Angie.

Particular thanks to Andrew’s family for tolerating us: his wife Hannah and children Florence (on our opening credits) and Tom (playing in the background).

The film is (c) BBC; a minimum clip is used in the show under fair use, on the basis that talking with its youngest cast member three decades later counts as comment.  Robb Masters, aka Idiotech, wrote our theme.

(Listener Aimee Daniels did, rightly, point out that we’re all born vegan. But we couldn’t think of a better title.)