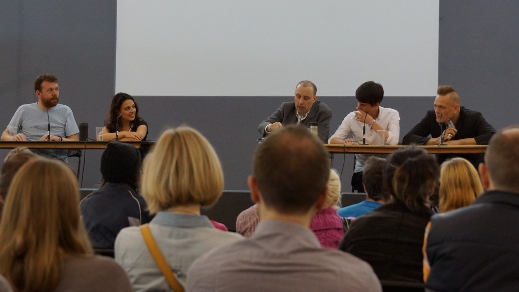 END_OF_DOCUMENT_TOKEN_TO_BE_REPLACED

VegfestUK Awards Nomination and our next show

We are very excited to have been nominated for the VegfestUK Awards 2012 in the “Best Media Publications and Websites” category. As the stars say, it’s an honor just to be nominated but VOTE VOTE VOTE for us before May 25th.

Unless you’ve been living in a cave like Al-Ma’arri you will no doubt know the media has been abuzz about in vitro meat (aka lab meat, shmeat) and the possibility of an incredibly expensive burger as soon as next fall. Our next episode deals with the issues involved but also hopes to shed some new light on the subject.  The survey has finished but stay tuned to find out the results.